My escape room adventure has prompted numerous inquiries, so I thought I would elaborate.  In Asheville, there are three escape room companies that I am aware of.  I checked them out and decided to go with the one that wouldn’t break the bank.  I was not disappointed. 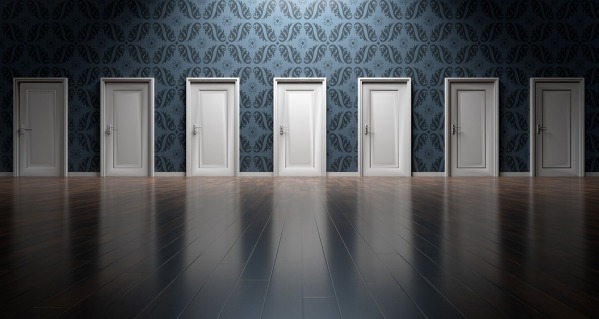 What is an Escape Room?

Escape rooms were inspired by “escape the room” style video games that were developed in Japan in the early 2000s.  The Real Escape Game (REG) was developed in Japan in 2007, and the first one opened in the United States in San Francisco in 2012.  These rooms started popping up in Asheville in 2015.

Admittedly the location is a little tricky to find… turn up the driveway next to the Shell station and it’s at the top of the hill.  It looks a bit sketch on the outside, but trust me that the inside is clean and the owners are friendly.

Kyle Tharrington and Ashley Fox, owners of A-Escape, discovered escape rooms while living in Korea. When they moved back to Asheville in 2015,  they decided to create their own escape room, which was one of the first in Asheville.  They designed the rooms and strive to make your experience a fun adventure.

At this time, they have three escape adventures. The Mystery Lodge which is touted as a light-hearted tourist trap gone awry and suitable for beginners.  The Biotech Research Bunker and the Abandoned Submarine are more challenging and a little eerie.  A few surprises await you in these rooms.

Unlike many escape rooms, you never get put with other people at A-Escape.  For those of you who might be uncomfortable being locked in a room, rest assured there is a key in the door that can be used at any time to leave, but if you use the key then you may not return to the room to finish the game.

I had this idea that it would be fun to try an escape room with my family.  I knew it would be risky – either we would work together or have a meltdown – either way memories would be made.  We escaped somewhat to the surprise of the owner since only one of us had ever played before. I later found out that less than 85% of the people complete the room we chose in 60 minutes. Don’t let that dissuade you, my group of 4 novices successfully escaped in 46 minutes – nearly making the top 10 board.

It was frustrating at times, very challenging and we needed to work as a team to get out.  Luckily, if you get stuck, you have 3 chances to type “help” on a tablet in the room and a clue will pop up to assist you.  We needed 2 help lines on our adventure.

For those of you searching for a good escape room, A-Escape on New Leicester Highway costs about half of what the escape rooms charge in downtown Asheville and it’s top notch.   Why not have a great escape?

Are you interested in exploring spirituality in the everyday moments of life with gratitude and humor?  Visit … http://stillsacred.com/blog/

Past Blog Posts by Month